At the end of a recent excavation campaign at Selinunte, project director Clemente Marconi from the New York University Institute of Fine Arts announced an outstanding discovery.
Below the R Temple they found materials referring to the greek city’s first phase of life. R Temple lies to the south of C Temple, on the Acropolis, and was in honour of Demeter. 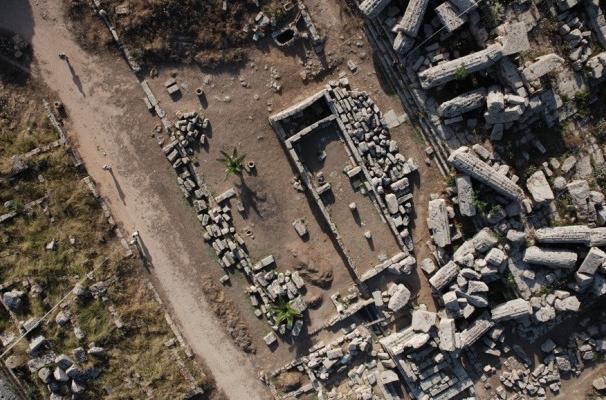 R Temple is the oldest in Selinunte and dates back to 590 BC. It is perfectly preserved in archaic and classical levels at the depth of one meter. Archeologists were able to rebuild the whole life of the temple from 590 to 400 BC. During its building, people put votive offerings along the walls of the temple, including lances, vases, chassis weights, jewels, lilies, and ritual meals.
A foundation deposit, well known in the Greek world and in the Mediterranean. This is useful to understand the cult of the goddess and its rituals. Archeologists also found a flute, some weapons, pigskin remains. All that is typical of Demeter worship, such as drowned cups upside down for offers to gods.
They also found some iron spear tips into the ground around the foundation of the city. They had the purpose to define the sacred area.

They also brought to light the oldest vessel ever found in Selinunte. It is proto-Corinthian dated between 650 and 640 BC. C. and must have been taken by settlers at the time of the foundation of the city. 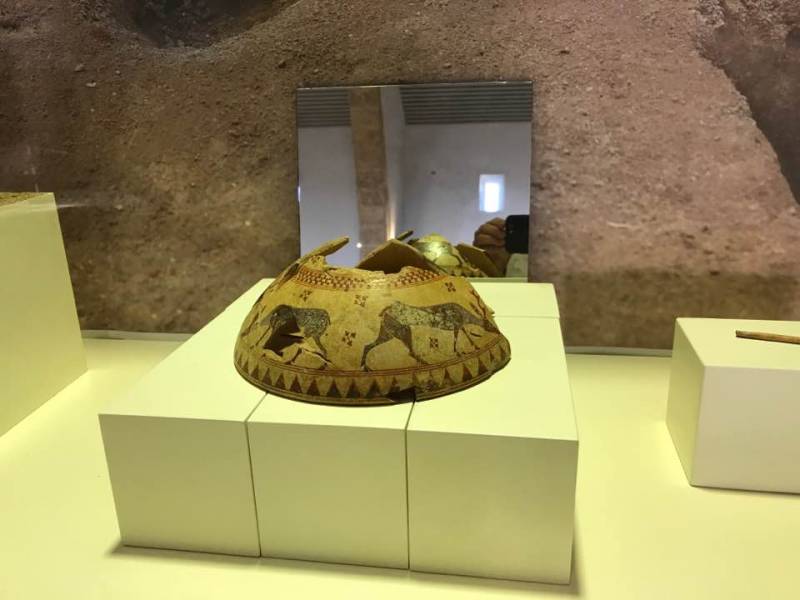 The only classical Greek city still preserved as Pompei

“So far Selinunte is the only classical Greek city where the entire metropolis is still preserved, mainly buried under sand and earth. It therefore gives us a unique opportunity to discover how an ancient Greek city functioned,” said Professor Martin Bentz of the University of Bonn, Director of the excavation at Selinunte ended in 2016.
Working for many years, archaeologists have examined and excavated the entire city to find 2,500 houses, the streets and harbor and an industrial zone that produced good pottery.
For this reason archaeologists have compared Selinunte to Pompeii, in the degree of preservation.
Before Selinunte, scholars had never found any ancient Greek city in good state as Selinunte. The study of this greek city has shed much light on the ancient world and its demographics and lifestyle.

The origins of Selinunte

According to the historian Thucydides, a colony from the Sicilian city of Megara Hyblaea founded Selinunte, under the leadership of a man called Pammilus. This was about 100 years after the foundation of Megara Hyblaea. But this colony had no easy life. To the north and to the south Calcidian colonies and  Syracuse threatened Megara Hyblaea, with which they frequently collided.
So the inhabitants from Megara sought an outlet to the southwest of Sicily. At the mouth of modern Modione, the ancient Sélinos, they founded a colony called Selinunte.
The name of the river probably originated from the Greek selinòs, name which indicated a kind of celery, the Apium nodiflorum, whose vernacular name is “water celery”. This is a herbaceous seedling which once grew spontaneously and abundantly in the valley of Modione. Probably selinòs became the symbol of the city. 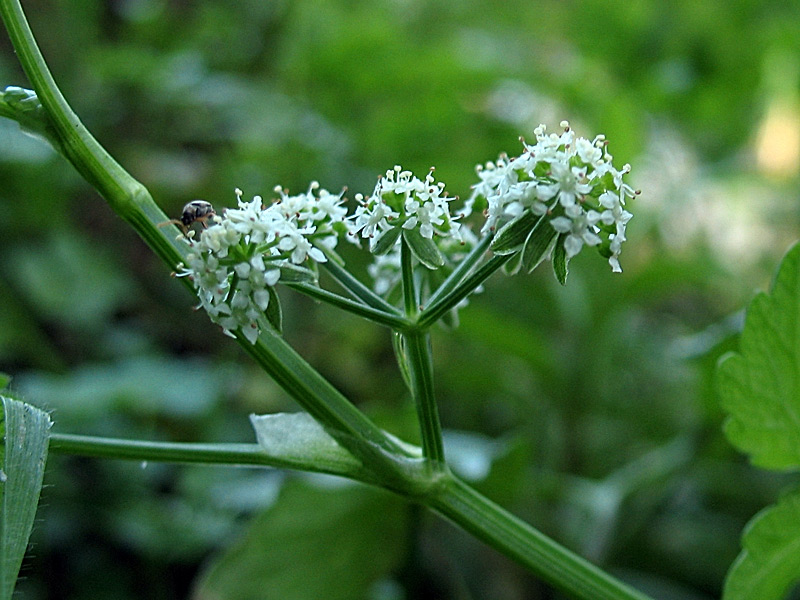 Apart historical sources, also cults and language confirm the origins of Selinunte from Megara Hyblaea. In some epigraphs it is possible to read a Greek language full of the dialectical inflections of Megara city.
Then other people joined the colony. Some emigrants from Rhodes who in 580 had participated to the failed attempt to colonize Lilibeo and perhaps to the foundation of Agrigento.
Others were Doric following the Spartan Euryleon, who later became a tyrant of the city.
Then new cults spread in Selinunte, such as the Doric ones of Phobos and Heracles. Their legends also inspired the artists who sculpted the metopes of the Holy Temples.

The town of Selinunte

Therefore Selinunte was founded between 650 and 630 BC. and expanded by absorbing continuous immigration.

It lied on raised land of about 30 meters above sea level with a river on each side. To the west the Selinus (modern Modione) and to the east the Cottone river. The plain was overlooking the sea. Acropolis with the sacred area were in the southern part of the plain, protruding on the sea.
City center arose shortly after beyond the walls of the Acropolis, in the north side of Manuzza hill. There were tens of thousands of inhabitants there.
At its peak in the 5th century BC, the population of the city is estimated at between 50 and 60,000, with perhaps a further 25 to 30,000 living in the nearby countryside.

To the east and to the west of the city there were two sacred areas. The most magnificent temples of Selinunte were at the east of Cottone river, in the plain of Marinella. Various sanctuaries arose to the west of Modione river. The most famous and most ancient of them was the Malaphros sanctuary, to Demeter. 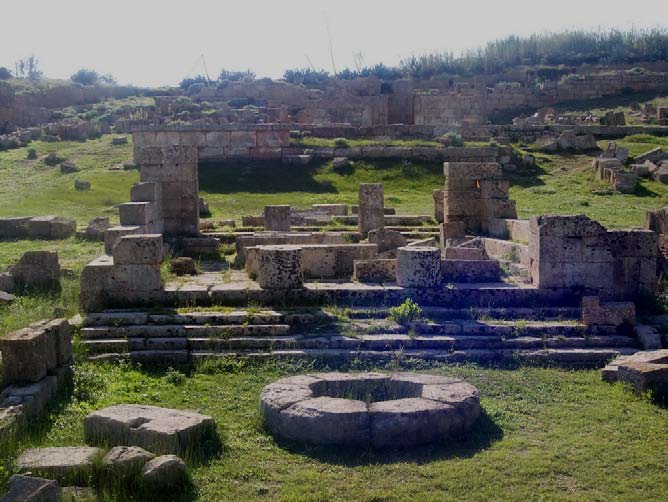 The countryside around Selinunte was full with swamps. Inhabitants suffered from a fever with widespread effects, possibly malaria, caused by the stagnant marshes. Inhabitants called for help Empledocle, a physician and philosopher from Akragas. He solved the problem by cutting channels to keep the water flowing and was considered the savior of the city.

The development of the city

In the 6th and 5th centuries, Selinunte experienced considerable urban, demographic and economic development.
In the hinterland there was a flourishing cultivation of cereals and olive for oil.
Trade was prosperous. Selinunte traded with the Greek colonies but also with Mozia, Segesta and Carthage. For this reason sometimes Selinunte allied itself with Carthage, rather than other Sicilian Greek cities.
The inhabitants of Selinunte began to conquer new territories and the colony extended to the river Mazaro, which marked the border with Mothya territory.
Towards the inside, Selinunte pushed to the east founding a sub-colony, “Thermae Selinuntinae”, now called Sciacca.
Selinunte also founded a colony in Minoa, which later took the name of Eraclea Minoa, on the banks of Platani river. But soon the city fell into the hands of Akragas (Agrigento).

Best of Trapani on Social Network

Seamless Theme René, made by Altervista